This Is Not For You 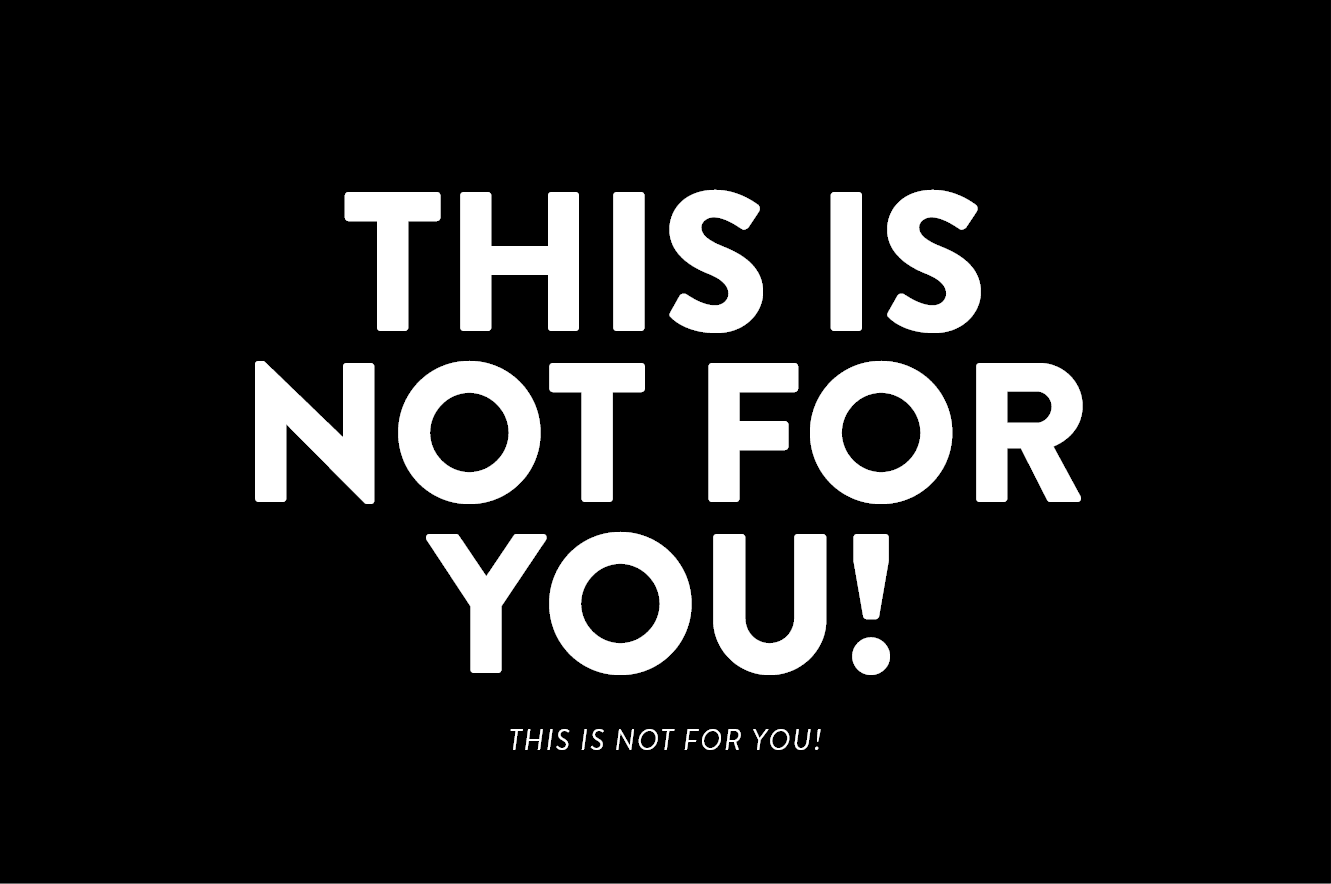 This Is Not For You

Understanding that we can’t possibly serve everyone helps us serve “someone”, “the one”, or a group of “someones” better.

There is a phrase on our website that says: “We are not for everyone.”

It didn’t end up there accidentally.

We don’t say it to be rude or to try to be cool. We say it because we understand that we can’t be for everyone, we can’t serve everyone, and it’s in service of the customer that we say it boldly.

Understanding that we can’t possibly serve everyone helps us serve “someone”, “the one”, or a group of “someones” better.

We don’t want anyone to waste their time trying to work with us when they’re better off working with someone else. If we’re not a good fit we want to find out fast and get them on their way fast, so that they can get to where they need to be. We also want to make the process of finding out if we’re a good fit as easy as possible so that the people who are looking for us can get to working with us faster and that the people we’re not aiming to serve can find that out even faster.

We have no problem turning down clients and referring them if we believe that they are better served elsewhere.

Who is it for?

When creating a service or product it is important to ask yourself “who is this for?”

I can’t keep count of the times when I ask a client on a discovery call or in a strategic meeting “who is this for?” only to have them answer “for everyone” or “for anyone/anybody”.

Recently I had a call with my sister about some t-shirts I had designed and was selling for a side project of mine. The t-shirts were black cotton t-shirts with bold black letters set in an orange square. I asked her if she knew anyone in her circle of friends who might have been interested in getting one. She stated that, like herself, people in her group didn’t really wear t-shirts like the ones I was selling, that maybe it was too loud and that maybe if they weren’t as loud and maybe with a different message, they’d probably be more inclined to buy and wear one.

Had I not been clear about what I was selling and who it was for, maybe I would have changed the product.

Well, that thing, the thing you love, somebody hates it!

In fact, maybe millions hate it. Not because it’s bad, but because they don’t get it, it wasn’t made for them.

Similarly the thing that you’re making won’t be well received by everyone.